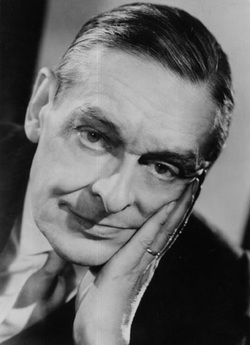 I saw him when distaste had turned to nightmare
Near the end of this interminable book:
As if the terraced cloudscape were a staircase
And he himself yet palpable, his sandals,
Achillean by asphodel uplifted,
Propelled their burden’s effortless ascent –
A tuft of candid feathers at each shoulder
Proclaiming him apprentice, cherished fledgling
To overhanging galleries of angels.
And so, the poet first and I behind him,
But only he a freedman hieing homeward,
My quarry turned towards me. I cried ‘Master!
We all knew you could make it!’ and embraced him –
Since, being both Sordello and Odysseus,
I forgot my teacher’s substance was a shadow,
And gathered uselessly the empty air.
‘Just passing through?’ he chuckled as I teetered,
Perhaps to ease the anguish of my gesture.
‘If I were you I wouldn’t plan on staying,
Unless you don’t mind falling through the scenery.’
His smile, admonitory yet seraphic,
Suggested Pentecost, the truce of Advent,
The prior taste unspeakably assuaging
Of the ineluctable apotheosis.
‘You remember T. S. Matthews, Sir?’ I asked.
‘T. S. Who?’ ‘He’s written your biography.’
‘Matthews…I suppose I knew him vaguely.
A Time man. Is it awful?’ A platoon
Of cherubim flashed past us on the banister,
Posteriors illuminated by the marble:
The welcoming committee for Stravinsky,
As yet some years below but toiling skyward.
‘Not quite as bad as most have said, but still
A pretty odious effort.’ Here I wavered.
Around his neck, the excalfactive Order
Of Merit infumated, argentine,
But the gaze above, both placent and unsleeping,
Entlastende without tergiversation,
Compelled the apprehension it prevented.
And I: ‘It hasn’t got that many facts
Which can’t be found in places more reputed –
Notably your widow’s thoughtful preface
To the MS of The Waste Land. That aside,
The speculative content can add little
To the cairn of innuendo stacked already
By Sencourt’s T. S. Eliot: A Memoir.’
I paused. And he: ‘Poor Robert was a pest,
I’m sad to say. Well, all right: what’s the fuss then?’
I caught a sudden flicker of impatience,
Familiar yet ineffable. ‘Sir, nothing;
For nothing can come of nothing. Matthews puzzles
Repellently about those thousand letters
You wrote to Emily Hale, but has no answers.’
And he, diverted: ‘Nor will anybody,
For another fifty years. I can’t believe, though,
A full-blown book enshrines no more than these
Incursions void of judgement. Therefore speak.’
And I: ‘He rates his chances as a critic –
Allowing you your gift, he dares to offer
Conjectures that your ear verged on the faulty.
You said, for instance, of St Magnus Martyr,
Its walls contained inexplicable splendour.
He calls that adjective cacophonous.’
‘He calls it what?’ ‘Cacophonous.’ ‘I see.’
And I: ‘The strictures go beyond irreverence.
His animus is manifest. Your consort
He terms “robust” at one point; elsewhere, “ample”;
Yet cravenly endorses in his foreword
Her telling him in such a forthright manner
To render himself scarce.’ A gust of laughter,
Subversive of his sanctity, perturbed him.
He conjured from the gold strings of his harp
An autoschediastic lilt of love
Which might have once been whistled by Ravel.
And he: ‘She did that, did she? Excellent.’
I said, ‘The pride you feel is not misplaced:
Your wish that no biography be written
Will not be lightly flouted. Forced to yield,
Your wife will choose her author with great scruple
Yet most of us who wish your memory well
By now share the opinion that permission
To undertake the task must soon be granted
Lest unofficial books like this gain ground,
Besmirching the achievement of a lifetime.’
And he: ‘I’m sure the lass will do what’s best.
One’s not allowed to give advice from here
And care for earthly fame is hard to summon.
It may, perhaps, however, please Another
To whisper in her ear.’ He turned away,
Declaring as he faded ‘It’s surprising,
But this place isn’t quite as Dante said –
It’s like the escalator at High Holborn,
Except there’s no way down.’ So he departed,
Dissolving like a snowflake in the sun,
A Sibyl’s sentence in the leaves lost –
Yet seemed like one who ends the race triumphant.
Copyright © 2019
​Built & managed  By Dawn Mancer