On Being Asked by Our Receptionist If I Liked the Flowers 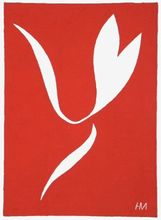 “What flowers?” I said. “These flowers,” she said,
Gesturing leftward with her head,
And there it was: a vase of flowers
That hadn’t graced that fort of hers
The day before. Did I say a vase?
All of an urn is what it was:
Capacious home to a bursting sun
Of thirty lilies if to one.
A splendor I’d have seen for sure,
If less employed in seeing her.

​As Seen at the Uffizi

An audience of shepherds
Looks on adoringly
As Mary gently bounces
The babe upon her knee.
To Mary’s side stands Joseph.
He isn’t looking on.
To judge from his expression
He’s wishing he were gone
Well up into the mountains
That rim the little town
To dwell amongst the shepherds
Till things have settled down. 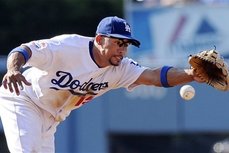 All those major league imaginings. …
Given the hours I devoted to them,
It’s not improper, in the scheme of things,
To take half a minute to review them.
The steal, the diving catch (to talk about
Kinetic heaven), the going to my right
To glove and wheel and gun the runner out,
The joy of being borne (against the sight
Of thousands of fedoras in the air)
Upon the grateful shoulders of a team
(The Dodgers) from the field (Ebbets) where
I’ve cleared the wall with one. … Dream after dream –
The lot (to state, as now I’m able to,
A truth as patent as a truth can get)
With as good a chance of ever coming true
As certain dreams from earlier. A set
Of fantasies that ran along the lines
Of throwing cars around (thereby waylaying
Many a creep with criminal designs),
Flying planelessly (at times betraying
A light residuum of Super-youth
By veering from my route to pierce a cloud),
Trading cape for tie in a telephone booth,
Stepping from it and melting into the crowd.

It’s only a theory, and only a theory’s what
It’ll probably remain, but were I ever
To get involved with somebody a lot
Taller than me, her being so would deliver
The two of us from the tension that attends
On the woman’s being only a little taller.
No point in my attempting to make amends
For so great a differential (after all, her
Chin is at the level of my pate)
By some technique – say, straightening up – or other;
A futile effort she’d reciprocate
By slouching? Wearing flats? Why even bother?
What is there for a pair so disparate
In something but to be at ease with it?

Among the Better Blessings 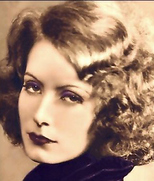 Among the better blessings there’s
The blessedness of knowing
That vision, skin, body, brain
Have all started going.
For how it is with death is how
It is with anything:
Easier to accept when it’s
Already happening. 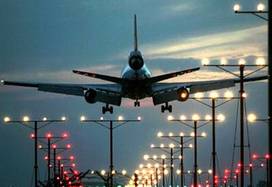 Why this one landing out of the hundreds I’d
Survived was being shown on the overhead
TV in the plane, who knew? Enough that it was
(As captured by a camera in the nose
It must have been, given the screen’s presenting
A dead-on view of what we were descending
Toward). Enough to savor this surprise
Sight of things as from the pilot’s eyes:
Of the drome as a whole (though it was only dusk
The field’s lights already a luciplex)
And a strip that as we neared looked more and more
Like our destination in particular.
The one most memorable element
Was a plane preceding us in its descent.
Not to say I wasn’t seeing rather –
The dusk does funny things – my aged mother
Returning to earth (or so it struck a son,
Himself beshadowed, following her down). 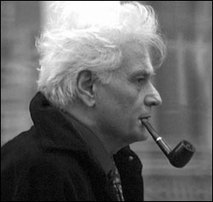 A puff of wind that really shouldn’t
Have blown so many so far astray –
And yet not anyone who wouldn’t
Have come to nothing anyway.

The Way It Is 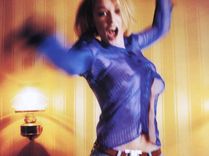 I’m not the most observant guy
To say the least. If I tell you I
Could pass a boulder in the hall
Secure in my habitual
Oblivion, you needn’t doubt it.
Although to be fair to myself about it,
A nipple-hint in a blouse or dress
Is a little thing I’ve yet to miss.

Big world when I was very young.
The shopping aisles a mile long …
Our lawn, though anything but wide,
Unfolding like the countryside …
The sky! So large and far away …
Exactly as it is today. ​ 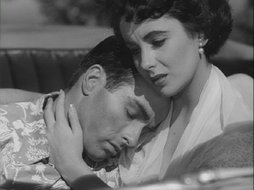 When I think about how
We deal with our mortality
I think about a sense in which it’s like we
Deal with an injury.

About how, on first
Comprehending the ultimate
Hurt, we harrow it more nights than not:
This at the behest of that

Cave-old, even
Ocean-old imperative
To reckon at its maximally grave
Any injury we have.

How, years having passed,
We find ourselves assessing it
Far less frequently, and more by rote
Than necessity: our purpose not
​
To sound the wound so much as
To remind ourselves it’s still there.
How one day we’re suddenly aware
Of its no longer being there.
Copyright © 2019
​Built & managed  By Dawn Mancer