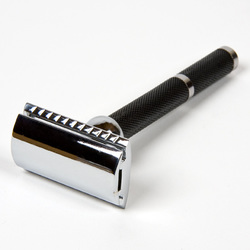 Carving this same face
out of soap, each morning
slightly less perfectly. 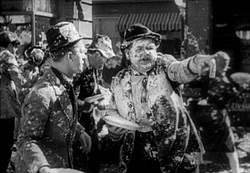 I don’t know everything about them,
just enough. I know this:
that they refuse to be remembered,
slipping the mind’s fingers,
a shoal of laughter, vanishing.

And this: that they hide still inside,
deeply. Delinquent poems,
absconders from custody.

Of course they think it a great lark,
sneaking back again and again:
the grenade of laughter,
then silence.
I prefer to find it tiresome.
And a little sad.
All that repetition!

Don’t pigeon-hole me:
I appreciate a good joke.
I said appreciate, not laugh at.
For I will no longer laugh.
I will not answer their ridiculous summons,
I refuse to accept their subpoena.
Never again will I eagerly rip open
the scented envelope
filled with strange plastic.

​There are only four jokes anyway:
the custard pie, and the breaking of taboo,
the game of words, and the thing
we are each most afraid of.

﻿Eye of the Needle 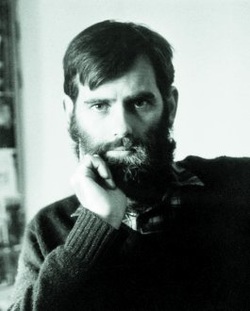 1.
In the earth
there are doorways
from this earth
but they are narrow.
2.
The weight of matter
keeps it down to earth,
as if the property called mass
is store-security, a clip-on
tag-alarm that stops us
taking our garment
when we leave the shop.
3.
Thoughts are already things
before they’re set to ink.
Their heaviness is hard
to measure, but material,
being stuff in the head.
Weigh the brain before
and after thinking,
the difference is no
laughing matter, too real
to follow us through Exits.
4.
Even light
is far too heavy.
It must be dark
through there.

The Dark Side of the Head 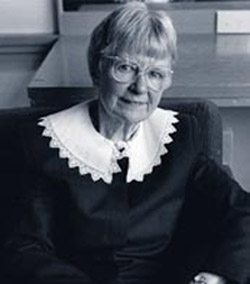 Just around the corner of the eye,
at every reach of its big screen,
there is a magic which is neither
black nor white, but only absent:
the disappearance of all world.

Even when the eyes are shut,
and all the field is pink or dark,
it still unhappens, at the rim
— a sudden gradual nothing,
beneath the notice, or beyond.

I sometimes hope that if
my head jerks leftwards, quick
as warp, I might just catch
the edge of right side visual field,
as if there is no dark side of the head

​but one world only, seamless,
like the small curved universes
painted on the Grecian urns,
or like a Mercator projection
of the globe, that having mapped
itself, bent weirdly at the polar
ends, for flat-screen eyes,
now unmaps in reverse, becoming
whole again and full and round
and as satisfactory as heaven. 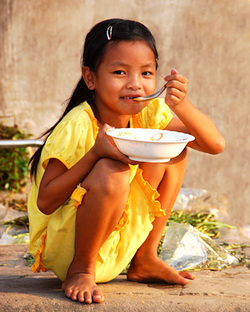 Becoming the person you have always been
inside cannot be rushed. For some the dressing up
in secret clothes at home — batiks and silks,
caftans, sarongs — is all they ever need.
For others, food comes next: vaguely Asian takeaway
in confidential brown paper bags. Only the brave
come out in public: sitting in shop-front restaurants
proudly becoming what they eat, stir-fry and rice,
and more rice, in small civilised portions. Wherever,
you must use only chopsticks, or the washed right hand
alone, and rise always from the floor still hungry,
feeling smaller already, and daintier, and more refined.
Soon the hormone shots will darken the skin.
Submit to these procedures first: the chest-waxing,
the lid-narrowing. And the nose-job, of course:
you are leaving Big-Nose Europe behind.
There can be no turning back; you are ready now
for The Operation. A foot of flesh, at least, must go: the whole
high pulpit of European condescension. Of course not everything
is height: you must learn again to look up, not down.
Courses should be taken in History and Language, in Chief Exports
and Rainfall and especially Climate: stirred by the wings
of strange, bright butterflies the monsoons are moving closer;
already the summers feel wetter, the winters hotter.
There is pain, of course, but there is also peace: a happiness
oddly free of itself, free of shag-haired Europe
and its doggy emotions. Dogs are for eating now,
with the careful, inscrutable manners of a cat.
Suddenly the bandages are off, and everything can be seen.
The world has gone as quiet as a Public Library.
Meditate for a time in the open sun, safe from zinc
and freckles, the last ice melting from your heart,
the brooding indoor races of the north at last forgotten. 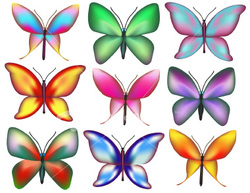 I believe in the infinite line,
the straight line between points
and the equality of all right angles.
Amen.

Of course I prefer nouns to verbs
the label affixed, unmoved.
I like to draw chalk-lines.

I believe in making lists.
In quartz clocks,
calendars, reminder calls, alarms.
I like the hours 9am and 5pm,
and taking to the weekend shapelessness with these:
hedge-clippers, edge-trimmers,
a lawn-mower on the lowest notch,
secateurs.

​to the tattered joy
circling in a column of a dusty sunlight
somewhere. 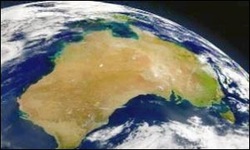 Our Earthern dish is seven parts water,
one part China, and a tiny bit japanned.
Its spread of foods is well-presented:
ice sculptures at both poles, and licking-salt
elsewhere.  Give me a lever large enough -
a cosmic fork or skewer - and I would take it
to a table:  its sherbert fizz of surf,
the creamy ice-cones of its toothy alps,
the spice of islands dotted here and there
like cloves jammed in an onion.  Turning
this common dish as slowly as a day, I'd taste
the sweet-and-sour river deltas, the swamps
about its world wide waist, all of which
smell fishy.  As do many  maps of Tasmania,
most of them in other places: forest fuzz
itchy with green pubic life.  Lastly comes
our smaller plate, single and tectonic:
our turf, or lack of it, our baked and gritty
crust, lightly watered, sifter dusted,
and sarcastic with its hints of eucalypt.
Its thousand mile creek tastes too salty,
its muddy waters barely moving, but
moving enough to stir a homesick heart. 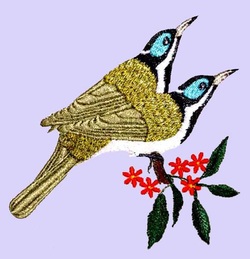 I sit on a warm stone step in a doorway
to the Blue Room, the Morning Room.

There is much bee-noise and the noise
of birds: the acoustics are fine in the Blue Room.

Usually it may have rained overnight
in the Blue Room: this clear aquarium air.

In the Blue Room there is always one dove
— hidden here, hidden here --

and many honeyeaters,
up for hours, loony as tunes.

Today the Blue Room is available.
I sit among ants, between bees,

​in the Blue Room, the Morning Room,
the wide Waiting Room.

A Statistician to His Love 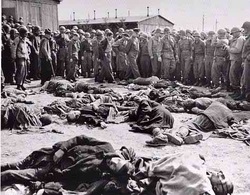 Men kill women in bedrooms, usually
by hand, or gun. Women kill men,
less often, in kitchens, with knives.
Don’t be alarmed, there is understanding
to be sucked from all such hard
and bony facts, or at least a sense
of symmetry. Drowned men — an
instance — float face down, women up.
But women, ignited, burn more fiercely.
The death camp pyres were therefore,
sensibly, women and children first,
an oily kind of kindling. The men
were stacked in rows on top. Yes,
there is always logic in this world.
And neatness. And the comfort
of fact. Did I mention that suicides
outnumber homicides? Recent figures
are reliable. So stay awhile yet
with me: the person to avoid, alone,
is mostly you yourself. 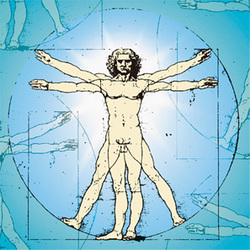 I learnt to love a body once,
dead a year, in pickling spirit.
It was my nearest friend.
Every other day I lifted back
the linen lid and unpacked
fitted things. The weird contents
had been worked inside
a ribbed and leathery case
as if by ancient Oriental
luggage arranging arts,
less anatomy than origami,
with economy. No compartment
went unused, or bit or piece
of space. It was an installation.
Or else the winner of an organ-cram,
a record squeeze inside a Mini
or a Beetle exoskeleton.
The only rule: the parts
must pack in two by two,
paired, like matching luggage,
with a spare of everything,
except a heart.
​
Copyright © 2019
​Built & managed  By Dawn Mancer