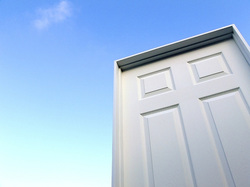 One day you’ll see:
you’ve been knocking on a door
without a house.
You’ve been waiting, shivering, yelling
words of daring and hope.

One day you’ll see:
there is no-one on the other side
except, as ever, the jubilant ocean
that won’t shatter ceramically like a dream
when you and I shatter.

But not yet. Now
you wait outside, watching
the blue arches of mornings
that will break
but are now perfect.

Underneath on tip-toe
pass the faces, speaking to you,
saying ‘you’, ‘you’, ‘you’,
smiling, waving, arriving
in unfailing chronology.

One day you’ll doubt your movements,
you will shudder
at the accuracy of your sudden age.
You will ache for slow beauty
to save you from your quick, quick life.

​But not yet. Hope
fills the yawn of time.
Blue surrounds you. Now let’s say
you see a door and knock,
and wait for someone to hear. 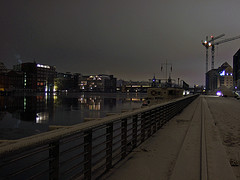 It was a day of slow fever
and roses in the doorway, wrapped
in yesterday’s news of death.

Snow fell like angels’ feathers
from a dark new sky, softly announcing
that some things would never be the same.

I listened carefully to doubts and revisions
of someone else’s life, safe in my room of tomorrow,
a passing witness to sorrow and wonder.

Then night came and I was quickly
drifting inside that life. I was leaving mine.
Snowflakes continued to fall.

The street was deserted and dim.
Shrapnel wounds blossomed in stone walls.
There was no proof of the current decade,

​and why I lay alone now
so close to a vast, empty floor, so far
from the sun, so far.

Ship Advancing in the Fog 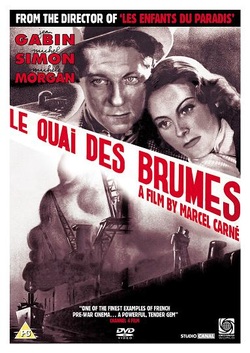 I don’t know why
the sound of the horn was near,
and yet the ocean was not.
Fog obscures the visible
and purifies sound,
which is to say that when nothing is clear,
something anticipates it.

In any case, I stood outside the door
and listened to a cargo ship approach,
forge its way past sleeping houses
and muffled street-lights,
and I was strangely calm -

​like in a dream where nothing
surprises you, not giant waves
advancing from a personal afar,
nor giant ships.
You are too small to run,
you stand transfixed by imminent disaster
waiting for it to be too late,
waiting to be delivered.

Lying with the Ghosts of Berlin 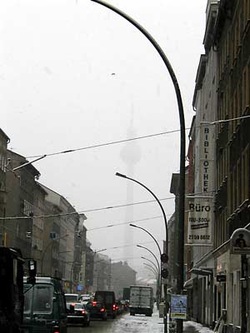 Tonight is the longest night of the year.
We lie, patient with the seasons
in the glow of street lamps,
beneath the outlines of things
that could be ours, some other time.

To the sound of snow falling,
we must sleep, again and again
like diving into the soft centre
of each life we might have had.

Yesterday was the shortest day of the year -
a pale wing that beat just once
then fell into the twilight of three o’clock.
The snow has settled. We can hear it breathe.

I say we but I see no one.
The neighbour upstairs has gone skiing.
The people across have turned off the light
in their room. The rest of the street is a museum.
I lie on the slab of my bed, whispering:

Whoever else is here now
will be here tomorrow.
They are measuring the beats
of my remaining blood.
They quietly know something

​I am afraid to ask.

Love in the Dark Country 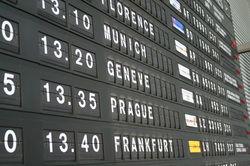 Tomorrow for twenty-four hours
I’ll be in the same country as you.

The sky will be constantly shifting,
the morning will be green, a single morning
for my single bed. And in the night

as the dark country goes to sleep
a church bell will measure
the jet-lag of my heart.

I’ll open my suitcase and unfold my life
like a blanket. In the dark country I will lie
all night and wonder how this came to be:

the one light left in the world
is your window, somewhere in the land

​of thin rain and expensive trains.
And instead of maps, I have an onward ticket 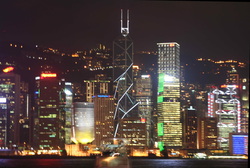 In the city where people take turns
to sleep in a bed,
a man watered his flowers at dusk
on a roof piled with garbage and clouds.

Down in the street,
the shark-fin vendors washed
the evening of its fishy slime
and crouched for a smoke.

In the night, an earthquake knocked
on the door of my sleep.
I looked up at the forest of blocks
leaning down the hill like the spikes
of a dragon moving its tail.

The misty mountain, like all
great local forces, was invisible.
And in the hour of trembling earth I saw:
I had come to the source of an old dream,
the nightmare of outsiders.

You stand at a window looking up
at some cityscape of alien lives,
tall darkness, and fire escapes,
all leaning down, but not offering a place for you,
or any hope that you can wake up

​in a better world.

Glimpses of Ecstasy over the Pacific 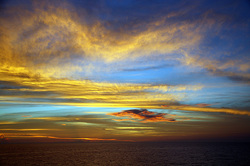 A strange light descended on us tonight.
The concrete promenade
became the path to a pink secret

The sea-rocks turned towards the moon
like silver-foil reflection
of a world that could be ours
if only we believed in it.
And that is the problem:
believing is more than seeing

I kept walking and watching
the miracle shrink behind the hills,
which is the way of all sunsets

but this one was different,
this one felt as if
the last of something would be gone

Some stopped and watched
to keep it longer, while others were afraid
of endings, and kept their backs to it -

the man in shorts and pulled-up socks,
for instance, his legs the arch
where middle age slumps into old

And suddenly, like him, I was removed
from my best life, here at the centre
of some old, awful truth, and I walked

behind the moving sky
in a stupor of transience,
in a slow motion of fear

unsure how much time
remained to me, and how to measure it
In perfect evenings? Outbreaks of sky? Hope, beauty?

Oceans from a plane?
Years unfolding like maps?
I ran to catch it, I needed to know

Then it was gone behind the hill.
Left in semi-darkness, we continued
our crab-like scuttle to the dawn 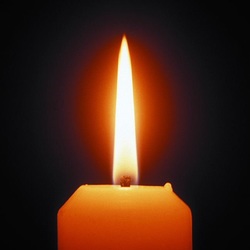 The fire that lights a candle
cannot be shared between the wick
and the match, it has to be given
like a life.

The body lying on the wet sand
must leave an impression deeper
than the shallow water
coming to erase it.

​May you never recover
from the lightness of my touch.

My sense of time is unstable
and I wait for anonymous
midnight visits. I feel that all
that is to come is inevitable.

I have my suitcase close by, but it's empty -
I know I'll be surprised. I'm ready
to leave my possessions behind.
I look for clues around the house.

But the walls are white-washed.
The ceilings are too high.
The floor has been treated with the polish
of this new, confident century.

I sit by the narrow window remembering
those I never knew,
for there is no-one to remember them.
No-one remembers numbers on a plaque.

​I fear they will come one night,
after sixty years of absence.
I will offer them the house of course, the bed,
the kitchen table, but I fear they will say
that what was taken from them
can never be given back. 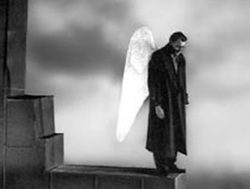 I’m looking down into a valley of vapours
Where yet another city lies, concealed
and dense with lives I’ve seen
that have not seen me
for I am citizen of the unknown

All my life, I have wanted this:
to be inside the story
to have a street with a name and a corner shop
to have a window with curtains
and all the sharp noises of the night
in some city wedged in between mountains
in some city carpeted with ocean

​To know that I’ve arrived
to be concealed from the terrible
longing of some stranger
who will come one day
and stand on top of the mountain, unseen
then vanish, leaving footprints in the air
​
Copyright © 2019
​Built & managed  By Dawn Mancer