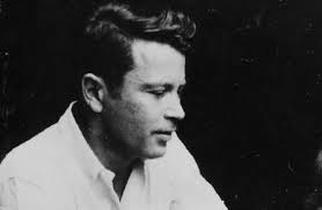 If Occam’s Razor gleams in Massachusetts
In time the Pitti Palace is unravelled:
An old moon re-arising as the new sets
To show the poet how much he has travelled.

Laforgue said missing trains was beautiful
But Wittgenstein said words should not seduce:
Small talk from him would at the best be dutiful –
And news of trains, from either man, no use.

Akhmatova finds echoes in Akhnaten.
The vocables they share a fortiori
Twin-yolk them in the selfsame kindergarten
Though Alekhine might tell a different story.

All mentioned populate a limpid lyric
Where learning deftly intromits precision:
The shots are Parthian, the victories Pyrrhic,
Piccarda’s ghost was not so pale a vision,

​But still you must admit this boy’s got class –
His riddles lead through a vacuum to a space
Where skill leans on the parapet of farce
And sees Narcissus making up his face.
Copyright © 2019
​Built & managed  By Dawn Mancer