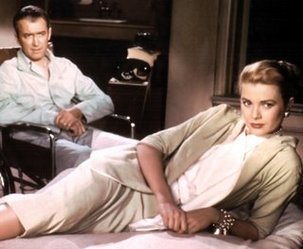 She knew the last words of Eurydice
In every syllable, both short and long.
Correcting his misuse of quantity,
She proved the plangent lilt of Virgil’s song
Depended on precision, while his hand,
Light as a mayfly coming in to land,
Caressed her cheek to taste the melody
Of such sweet skin, smooth as a silk sarong.

Give her the palm for speaking well, he thought,
But has she ever melted as she should
With no holds barred, or wept the way she ought?
His scraps of Greek, it seemed, were not much good.
He said the words for rosy-fingered dawn
And when she set him straight with laughing scorn
He spoke a tongue she barely understood,
Contesting her with kisses long and short.

In such a way they traded expertise
Until the day came it took half the night.
She gradually improved his memories
And he set loose her longing for delight.
The passion underneath the verse technique
She saw in its full force, and learned to speak –
Strictly, as always, but in ecstasies.
So finally, for both, the sound was right,

A compound language fashioned out of sighs
And poetry recited line by line.
Few lovers and few scholars realise
The force with which those separate things combine
When classic metres are at last revealed
As reservoirs where rhythms lie concealed
That sprang from heartbeats just like yours and mine,
Pent breath, and what we cry with flashing eyes.

In that regard they made a pretty pair:
He with his otherwise unhurried touch,
She with her prim and finely balanced air,
When they lay down together, came to such
An ending they were like a poem caught
In the last singing phrase of what it sought
To start with: to contain what means too much
Left lying loose. In something like despair,

Though it was joy, they would forget they knew
What anybody else had ever said
Of love, and simply murmur the poor few
Abstract endearments suitable for bed
Until they slept, and dreamed they’d never met
And none of this sheer bliss had happened yet.
One woke the other –which was which? –in dread:
Ah, Orpheus, what has lost us, me and you?

Alas, what is this madness? Out of sight
Like smoke mixed with thin air I seem to fly.
Although her form, when he switched on the light,
Was still there, he had heard her spirit die.
To bring it back, he swore that he would go
To hell for her. It would be always so,
For he would live forever and defy
The halls of Dis and the gigantic night.

Having heard this from him, she smiled again,
And in his arms came back to life as one
Returning to the mortal world of men,
Their ticking clocks, the race that they must run.
Believing in their love: that was the task
That these two faced. It seemed too much to ask,
So moved were they when all was said and done –
Knowing that it would stop, but never when.