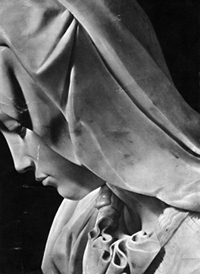 ​In the clear light of a cloudy summer morning
The idiot boy, holding his father’s hand,
Comes by me on the Quay where I sit writing.
His father spots me looking up, and I don’t want
To look as if I wished I hadn’t, so
Instead of turning straight back to my books
I look around, thus making it a general thing
That I do every so often --
To watch the ferries, to check out the crowd.
The father’s eyes try not to say “Two seconds
Is what you’ve had of looking at my boy.
Try half a lifetime.” Yes, the boy is bad:
So bad he holds one arm up while he walks
As if to ward off further blows from heaven.
His face reflects the pain at work behind it,
But he can’t tell us what it is:
He can only moan its secret name.
The Nazis, like the Spartans, would have killed him,
But where are the Spartans and the Nazis now?
And really a sense of duty set in early,
Or at least a sense of how God’s ways were strange:
After the death of Alexander
The idiot boy Philip was co-regent
To the throne of a whole empire,
And lasted in the role for quite a while
Before his inevitable murder,
Which he earned because of somebody’s ambition,
And not because he couldn’t clean his room.
They’re gone. I can look down again, two thoughts
Contesting in my head:
“It’s so unfair, I don’t know what to do”
Is one. The other is the one that hurts:
“Don’t be a fool. It’s nothing to do with you.”
A lady wants a book signed.
I add “Best wishes” --
All I will do today of being kind --
And when I hand it back to her, the sun
Comes out behind her. I hold up one arm.