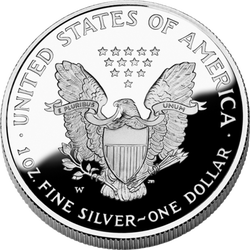 Merely a planchet waiting to be struck,
The poem shapes up but is not a coin
Until, by craft, and then again by luck,
He fashions clean devices fit to join
A scrupulous design that he would like
To look mint fresh and not like a soft strike –

It must be hard. “It must be hard,” they say.
But no, it isn’t, not when you know how.
Except he doesn’t. He just knows the way
To scratch and scrape until the coin says “Now”,
Boasting its lustrous proof against the sleaze
Of verdigris, that cankerous disease.

The scholar rediscovers the doubloon
Inside the encrustations we call Time.
The critic says it might shine like the moon
But pales in value next to a thin dime.
The poet only knows that he can’t cheat
At any point, or else it’s counterfeit.

He must be definite yet open to
The second thought. He mustn’t make a mark
That falls short of the palpably brand new
Whose play of light pays tribute to the dark –
One solid, spinning, singing little disc
Perhaps not worth much, but still worth the risk.
-- Monthly, February 2009