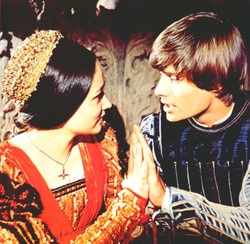 Grown old, you long still for what young love does.
It gives the world a liquid light injection,
A sun bath even in the night. The buzz
Blurs brain-cells by infecting everything
With lust. A girl bright as an egret’s wing
Will cleave unto an oaf and see perfection,
And as for him, don’t ask. He thinks her thighs
Open on heaven and his hands have eyes.
Time will sort all that out, but what a loss!
Sweet reason is our name for sour reflection,
The pause for thought that kills the fairy floss.
With luck, there will be two of you to trade
Tales of the star-burst that could never fade,
But did, and give a voice to introspection:
Which is love too, though not quite the young kind
We comfort ourselves now by calling blind.
But there is nothing young love fails to see
Except the future. Bodies and their connection
Are all creation, shorn of history.
These are the only humans who exist.
Whoever thought to kiss or to be kissed
Or hit the sack from every known direction
Except them? Visions radiantly true
Don’t change with age. Those that have had them do.
​
-- Australian Literary Review, July 2010