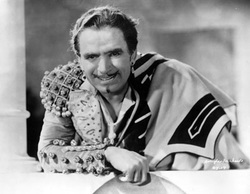 Somewhere below his pride, the Don’s bad dreams
Fashioned the statue that would take him down.
Deep underground, the tears were there in streams.
The man who had the only game in town,

In Spain, in Europe, when it came to love,
Sensed that there had to be a reckoning.
The boundaries he claimed to soar above
Meant nothing to him except everything.

Why the defiant stance, if not from shame?
And why deny that truth, if not from fear?
The bodice-ripper made his famous name
By staying buttoned up. His whole career

Came back to haunt him in a stony glance.
Transfixed, he followed where the statue led.
Below, tips of hot tongues began to dance.
Further below, it was a sea of red.

There was a jetty. Next to it, a raft
Held every name on Leporello’s list,
Even from just last week. The statue laughed
And left. The women, modelled out of mist,

Were images, as they had always been
To him, but strong enough to ply the sweeps.
They would not meet his eye, having foreseen
What waited for him on the burning deeps.

A long way out, they paused, and one by one
They disappeared, each hinting with a smile,
But not to him, their work had been well done.
He was alone. To cry was not his style,

But then he reached down through the surface fire
Into the water. Almost with relief
He learned at last the flames of his desire
Had floated on the ocean of his grief.

Had he known sooner, what would that have meant?
Less to regret, and little to admit?
The raft burned: final stage of his descent.
Hell was on Earth. Now he was out of it.