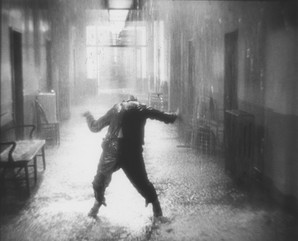 In the NHS psychiatric test
For classifying the mentally ill
You have to spell “world” backwards.
Since I heard this, I can’t stop doing it.
The first time I tried pronouncing the results
I got a sudden flaring picture
Of Danny La Rue in short pants
With his mouth full of marshmallows.
He was giving his initial and surname
To a new schoolteacher.
Now every time I read the Guardian
I find its columns populated
By a thousand mumbling drag queens.
Why, though, do I never think
Of a French film composer
(Georges Delerue, pupil of
Darius Milhaud, composed the waltz
In Hiroshima, Mon Amour)
Identifying himself to a policeman
After being beaten up?
But can I truly say I never think of it
After I’ve just thought of it?
Maybe I’m going stun:
Dam, dab and dangerous to wonk.
You realise this ward you’ve led me into
Spelled backwards is the cloudy draw
Of the ghost-riders in the sky?
Give me the deb at the end
With an angle on the corridor,
So I can watch this world you speak of
Go by in the right redro, Dr La Rue.